Why do I let myself get so far behind?

Emma, Timmy, and Maddie's trip to the Zoo

Shooting with the Boys

Faith at the Fireworks... 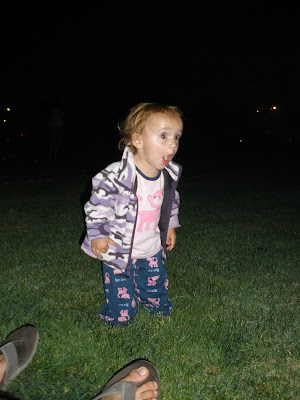 Only in Idaho can you celebrate Independence day with porcupine races and lawn mower dragsters. We drove up to Council, ID population = less than 1,000, and they know how to celebrate. The day started with a parade through town closing HWY 95 to all of the truckers trying to get through. 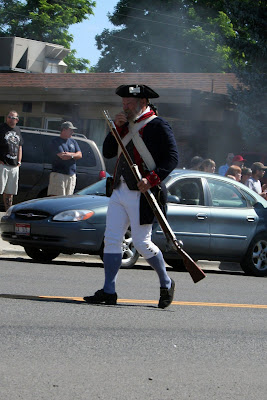 The porcupines are displayed in the parade on decorated trucks, ATV's, bass boats, you name it! 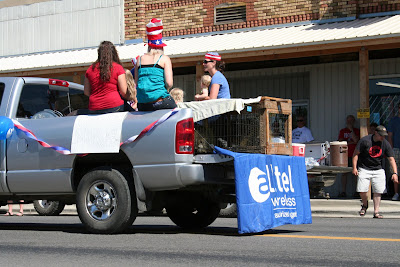 Michael's favorite part of the parade: 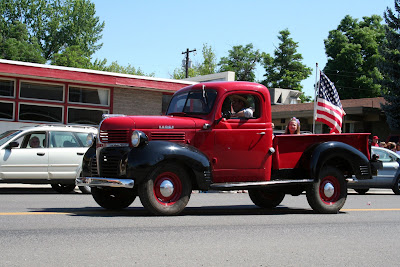 We checked out the engines on our way through town to the porcupine races. 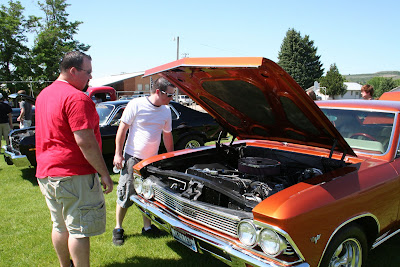 After they auctioned off the 21 porcupines they were raced in 3 heats of 7. The first and second place winners then raced for first, second and third overall.
They line them up at the end of a small fenced off section of the Council High School football field. Under each one of those garbage can is a porcupine that was caught the night before. 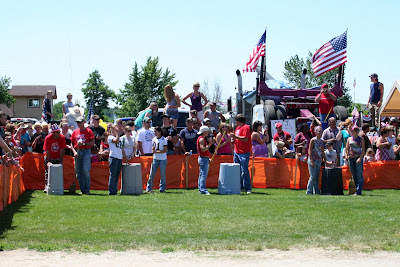 When the announcer yells go they let their porcupines go and race them across the finish line. There are two people on each team, one with the trash can the other "shooing" the porcupine along with a broom. 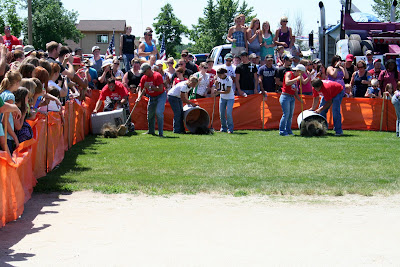 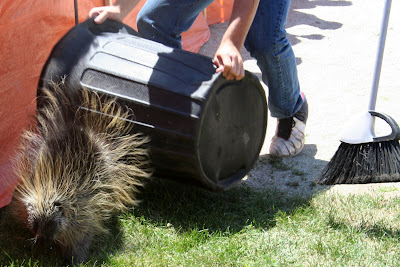 After they cross the finish line, they have to hurry to cover the porcupine with the garbage can so it doesn't escape under the fence and into the crowd. 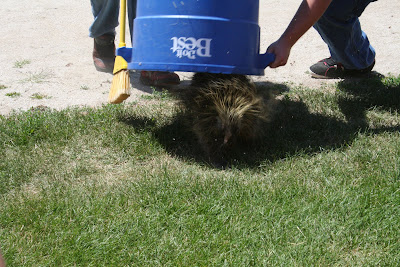 Next was the Lawn Mower Dragster Races. I think this might have been the highlight for Michael. All of the engines were replaced with street bike engines. 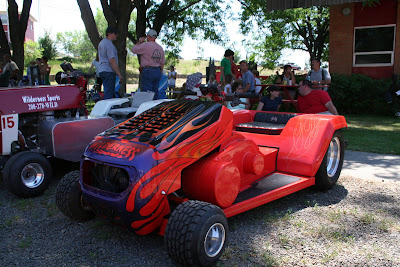 Mom, Justin and I hanging out in the shade while Michael was taking pictures of the lawn mowers. 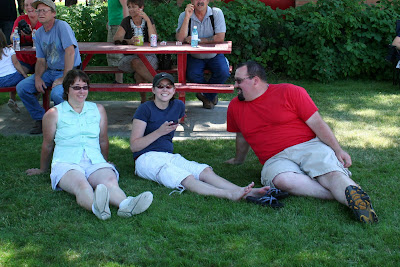 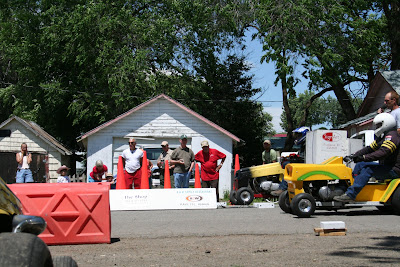 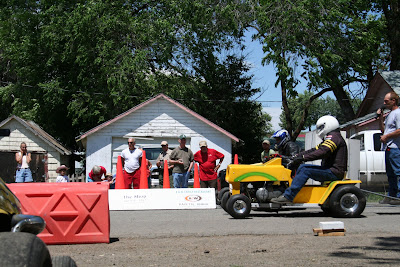 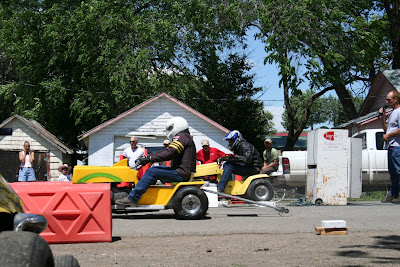 Here we are showing our patriotic spirit...nothing but Red, White & Blue! 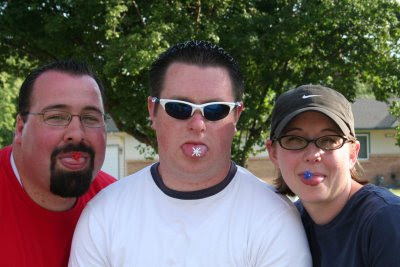