to me!! Okay I know Justin's not into the blogging thing, so I had to publish a post about my own birthday!! Happy Birthday to Me!! 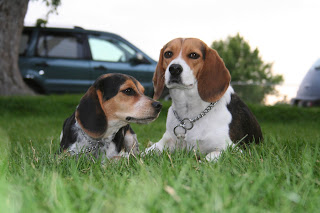 Since I was in Phoenix Monday night, we switched our dog class this week to Wednesday. The good news was we only had to drive to Nampa instead of Boise, the bad news, this leaves us two days short on this weeks homework. We started with 'Stay' last night and it went better with Lexie than we expected, but definitely could have gone better. I think Abby and I were her biggest distractions, because all she wants to do is play. We did get them to go on 'down stays' next to each other long enough for me to get their picture. I decided after last night's class, that she definitely needs a little vest for the winter. Class started at 630p and we weren't out there more than ten minutes before Lexie was shaking all over, and I can honestly say I'd never seen a dog's teeth chatter until last night!!

On a side note, I promise, once we have kids, you won't have to hear about the dogs every week.

Monday morning, bright and early, I flew down to Phoenix for a quarterly meeting for work. Talk about HOT!! I don't know how anyone actually lives there! I swear my feet swelled two sizes just when I walked off the plane!! I thought long and hard about taking my camera, because I wanted to get some pictures of the latest stop on my tour of Alaska Airlines cities. I decided against it, knowing I would only see Sky Harbor Airport and our reservations office in Phoenix. It was a fun one-day trip, and one more addition to the places I've visited!

Justin has finally been given a well deserved promotion at Micron. Starting October 8th he'll be a Supervisor for Fab 4 on A shift. While I can't explain what that entails as far as job responsibility (because everything at Micron goes right over my head!) I do know that A shift means he'll be working days 6a-6p Sunday - Tuesday and every other Wednesday. The shift change couldn't have come at a better time, since we were bidding for our new shifts at Alaska this week as well. So to coincide with his days off I will start working 8a-430p Sunday - Thursday on September 29th.

I've done it! After 5 years of marriage, I've finally convinced Justin to give me piano lessons! Not that I don't know how to play at all, (Kara's mom was a great teacher!) but there's always room for improvement. Justin said he'd never give me lessons, because he didn't think I'd really practice! He must have gotten that assumption from my voice lessons in college that I would never practice for!! 5 days later and I'm still practicing!! Well, I'm going to prove him wrong!!

My first weeks lesson is....

Hannon
Sweet Hour of Prayer (from the Hymn book!!)
I am a Child of God
Minuet in g Minor (from Bastien's Piano Lit.)

I'm not very excited to learn how to play Hymns, mostly because I think they'll be too hard, but I have wanted to improve my Children's Songbook skills. Although I'm sure once I do, someone will find out and it will only be a matter of time before I'm called back to Primary.

7 to go! We've made it to Week 3 of dog class. Lexie is doing so well. She's mastered heel and the automatic sit. This week we start working on stay. That is going to prove to be a challenge, since she never wants to leave your side! The class each week is 2 hours with a break after 1. The picture is of the girls during break. They do this all the time at home, but they're usually outside, and the pictures never come out very clear through the glass door. So finally I was able to get one of them snuggling together. You usually never see one sleeping without the other. 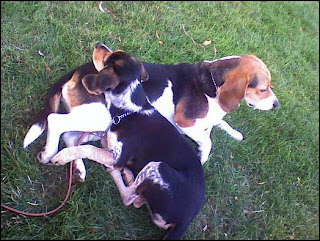 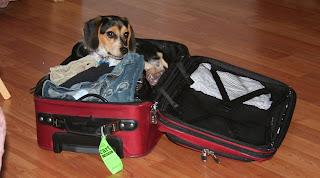 Okay...so I hate unpacking, and haven't got around to it yet today, and yes...my suitcase is in the middle of the living room! Although Lexie can sleep just about anywhere, including the couch or either of their dog beds, she must of thought, my open suitcase was going to be the best.

Wow, it’s crazy to think we’ve already been married five years!! Well, not officially until Sept. 6, but close enough. We went to Salt Lake for our honeymoon, so we decided since it was a long weekend, we would go down for a couple of days to celebrate our first five years. We went to Lagoon the first day, but decided not to carry around the camera…so no pictures from Lagoon. :( (Sometimes I wish we had a smaller camera to tote around than the Canon!)
The next day we went to Hogle zoo. The coolest animal was the white alligator, but we’re still not convinced it was real…we never saw it move or blink!! The most fun animal to watch was, Acara, the orangutan baby. 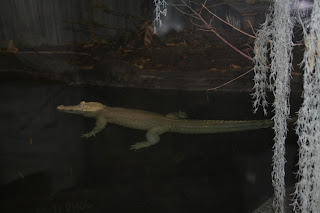 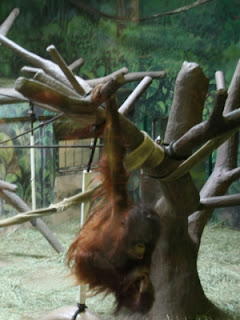 After the zoo we went down to Temple square to have lunch and walk around. We also stopped and watched the Joseph Smith movie that is playing in the Legacy Theatre….If you haven’t seen it yet, it’s definitely a must see. 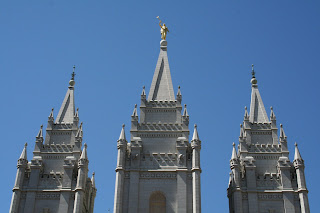 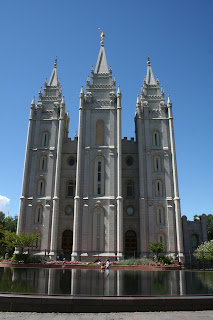 On our way home we stopped in Twin Falls to take some pictures of the temple under construction. 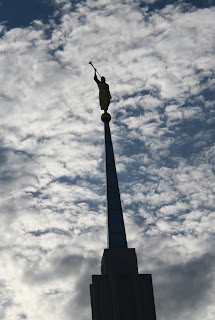 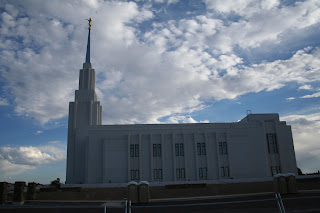