I love three day weekends...I love them a lot...mostly because I don't like to work, but who does? Thursday night we had tickets to our last show of the season, The 25th Annual Putnam County Spelling Bee. We've bought season tickets the last three years and last year my mom and our friend Martha joined us. This season Martha hasn't been able to make it to any of the shows and called Thursday morning to let us know she wouldn't be able to make it. So we talked Michael in to coming with us. (just a side note here...Michael claims to not like musicals...but I saw him laughing more than once!) We had dinner first at the Olive Garden - got to love bread sticks and alfredo sauce - mmm! Friday night Justin and I went out to dinner with our friends Robyn and Jack to PF Chang's. This was our first trip to PF Chang's...I know, what's taken us so long?? I'm not a huge chinese food fan but this was GOOD. Robyn was amazing and had two coupons for free lettuce wraps. We decided to eat "family style" so we picked four different entrees and shared. I highly recommend the lemon pepper shrimp...mmmm. Thanks Robyn and Jack for a great evening!!! 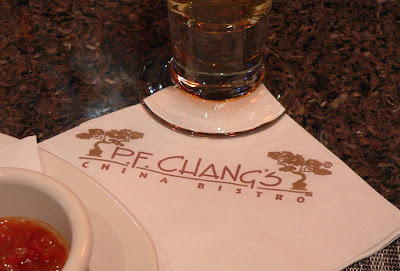 Early Saturday morning my mom and I took Kaden, Mason, and Faith to the Cystic Fibrosis Great Strides Walk at Veteran's Memorial Park. We were late because we got stuck in construction so we met the rest of the family on their way about half way through and turned around to walk back with them. They fed us a great lunch...pulled pork sandwiches from Texas Roadhouse...mmm. (huh seems like this weekend is revolving around food!) 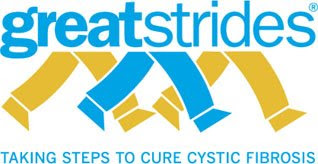 We let the kids play for a while then headed to Chuck E. Cheese for Kaden and Mason's Birthday party. It was a surprise for them that we were having their birthday at Chuck E. Cheese and they were pretty excited. Kaden loved playing the games and earning tickets. Mason could have just played in the giant slide all afternoon. And Faith loved to ride the little cars. 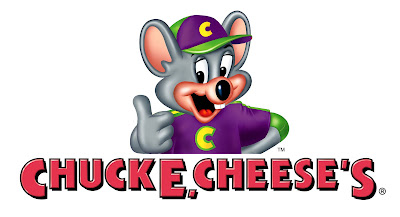 I'll post some real pictures from the walk and the boys' birthday as soon as I have time...I'm working some crazy hours this week and I'm not sure when I'll get to it...until then this will have to do!

Justin took his dad to Idaho Falls today to meet Baby Jacks. He took a 150p flight over and turned around and took the same plane right back home. Since Justin was only going to be there for 30 minutes I called the ticket counter in Idaho Falls and asked if they would give Janeen a pass to go through security so Justin could see Jacks. Lucky for Justin I talked to a great agent who said no problem. 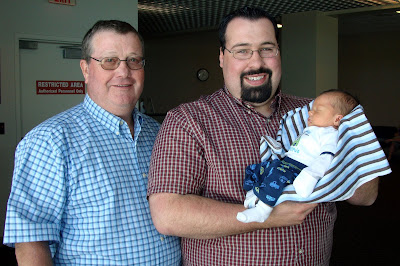 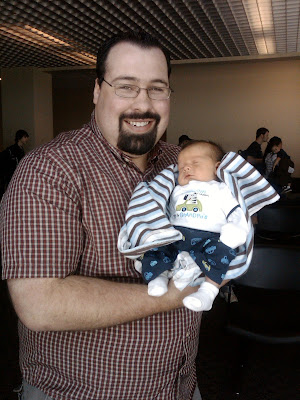 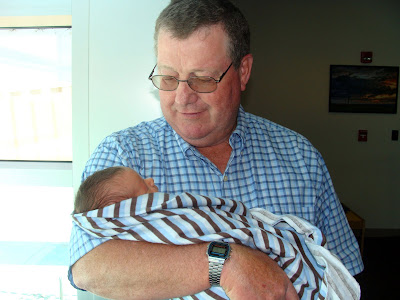 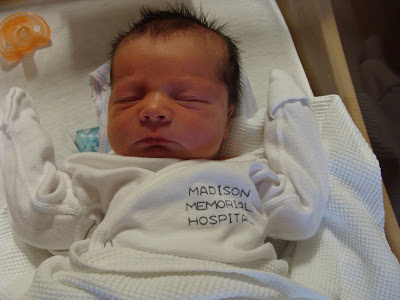 And little Jackson brings our niece/nephew count to 12!

Justin, Michael, and I started our morning out yesterday at 6:30..yep an unheard of hour at our house. Took the 8:45 non-stop flight to LAX all for one delicious thing.... 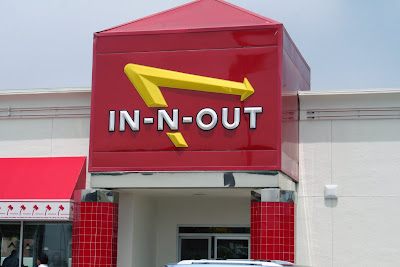 Mmmm...We were going to rent a car because it will cost $17.50 just to get a taxi out of the airport...When we got to the rental car place the lady told us that we should just get back on the shuttle toward the airport for FREE and have the driver drop us off at the hotel before you get to the airport and walk to In-n-Out. GREAT IDEA!! Instead of $36 for the car it cost us $6 for a taxi back to the airport after lunch! 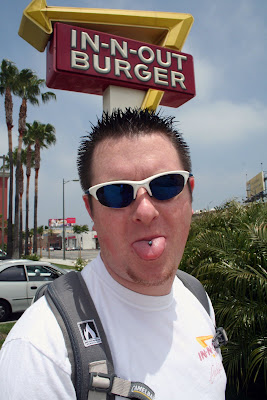 Our return flight didn't leave until 4:40 so we had lots of time to kill at the airport and Terminal 3 leaves lots to be desired in the shopping department. So we went upstairs to see if we could check out the boardroom. An annual membership for the boardroom is $275!! When we got up there we were greeted by the boardroom supervisor. I told her I was from Reservations and that we just wanted to see what the boardroom was like. Since they were REALLY slow she let us stay up there until our flight...which was GREAT! We watched a little bit of the travel channel and had some drinks and snacks...it made the 2 and a half hour wait so much better!

We've decided a trip to In-n-Out burger will be a monthly necessity...next month...RENO!!

I left out part of the day when I posted the first draft...I only planned a 40 minute connection in PDX thinking we should be fine because all of the gates in PDX are pretty close together. I hadn't planned on our flight from LAX being delayed. First they were late boarding, then we sat on the tarmac for almost an hour waiting for SEA to get the paperwork right...then waited another 15 minutes for our turn to take off. Luckily we made up some time in the air and PDX held our flight for 10 minutes because we had a dozen passengers connecting to BOI. So when we landed in PDX the flight attendants had announced to let the BOI passengers off first, once off, we RAN from the C gates to the A gates...and made it home.

Michael complained that the first time I posted this there weren't any pictures of Justin and I...but the picture I took of Justin didn't turn out and these were the only two pictures Michael took of us while we were waiting for our delayed flight.... 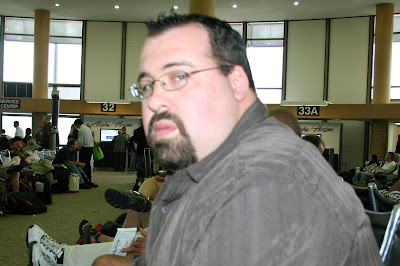 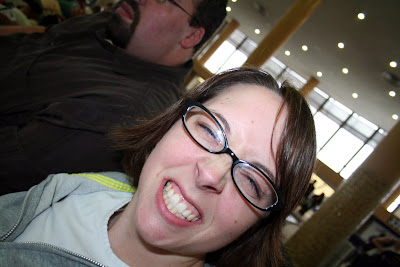 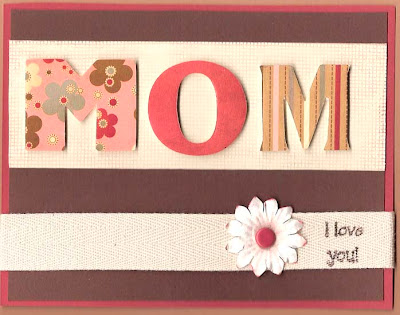 Thank you for all you do for us...We Love You!!

When we got home from McCall Sunday we met the rest of the family at Grandma Geri's house to celebrate birthdays. Tim's was April 30th, Mom's was May 1st, and Justin's was May 4th. Grandma made a fantastic as always ham dinner and bought a Dairy Queen ice cream cake to celebrate. 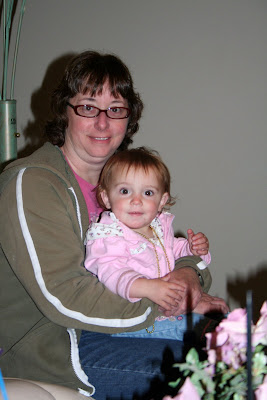 Justin bought a RC truck with his "fun day" birthday money from Grandma...Faith wasn't too sure about it. 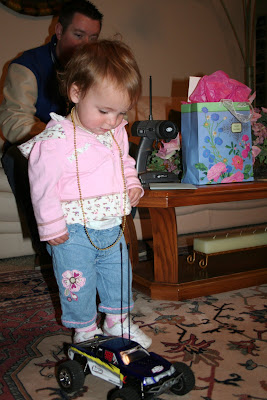 Faith had to help her Daddy open presents 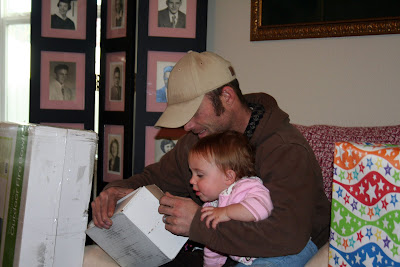 Tim got a fire pit from Grandma. 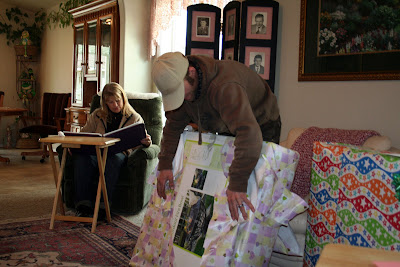 and Justin got a fire pit from Mom 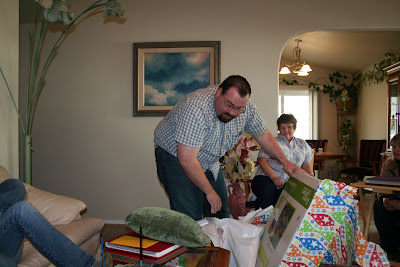 Mom got a shirt from Tim, bubble bath and a make-up brush from us and gets a fun day with grandma and Linda this Friday 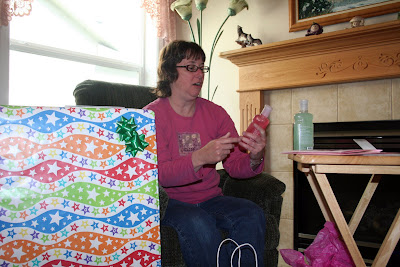 Of course after dessert we had to go outside and watch Michael and Justin drive their trucks. 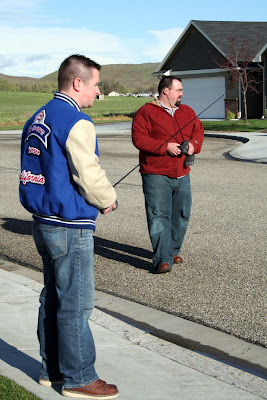 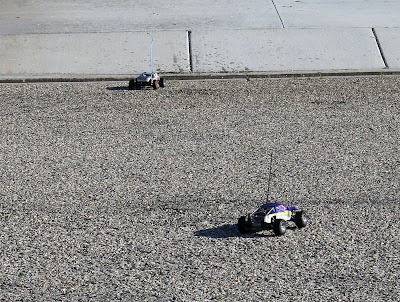 Last Friday, May 1, my mom and I drove up to McCall for a weekend full of scrapbooking. We left Friday afternoon and came home Sunday afternoon. We stayed at Pilgrim Cove Camp where they cook all our meals and we can leave our projects out for the weekend so it's easy to get yourself started the next day! I worked mostly on a book for the kiddos we've had while mom worked on her 2008 book. It was a small group of about 13 ladies...half of them I didn't know until we got up there, then found out I had worked with some of them at Wal-mart in Ontario while I was going to TVCC. Next trip is scheduled for November...and you can bet I'll be there! 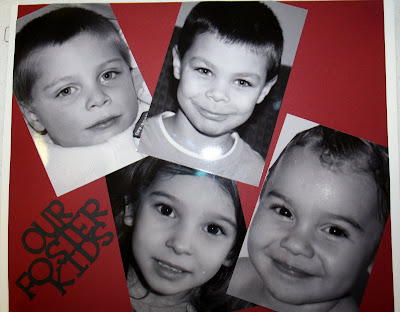 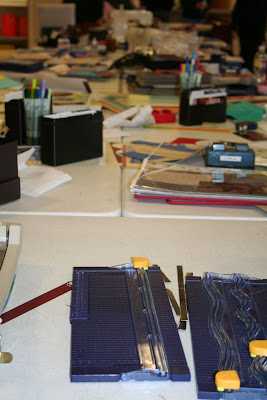 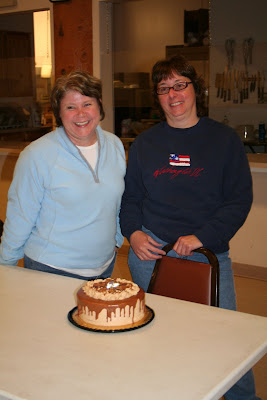 This is for Justin. He's the master packer in our family so I was pretty proud of my packing skills when we were leaving. I packed all of my stuff, Mom's stuff, and Rene's stuff in the back of our x-terra... 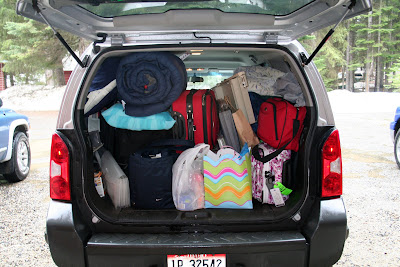